Federico Baca was born in Jujuy, a town in North Argentina, in the foothills of the Andes. Following studies in Buenos Aires, he travelled extensively in the East and lived in Barcelona where he collaborated with other artists.

Now settled in England, he continues to paint, illustrate and print from his garden studio, looked on quizzically by his two cats and a visiting city fox!

He was commissioned to design children’s furniture (Fairytale furniture), with accompanying story books (which now have a place at the Victoria and Albert Museum in London) and to illustrate a language book for Amharic speakers (Hahu Books).  His eclectic interests also extend to mural painting in private homes and schools, where he has participated in workshops, as well as creating theatre sets (Donmar Warehouse, 2007) and visual merchandising (Papertaste Exhibition, 2004 (RK Burt Gallery; Plum Art 2003-2013). He joined the Southbank Printmakers in 2013.

He is inspired by artists as diverse as Hundertwasser, Xul Solar, Wayne Thiebaud and Svankmajer, excited by exploring magical worlds of Italo Calvino’s Invisible Cities and music inspired by the East.

Federico also practices Buddhist mindfulness and meditation, loves nature and animals, and wants his art to connect people with their inner imagined worlds, with the beauty of nature and with their own creative spirit, whatever that may be.

His images make me think of the Buddhist Bhavachakra - the Wheel of Life - in their mandala-like format.  I wonder if this is intended, or whether it is his subconscious making itself felt?

See what you think! 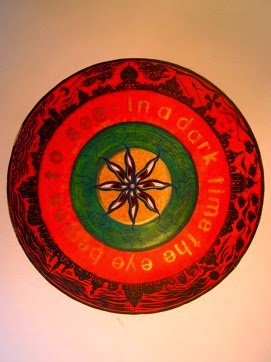 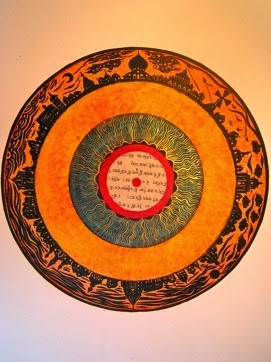 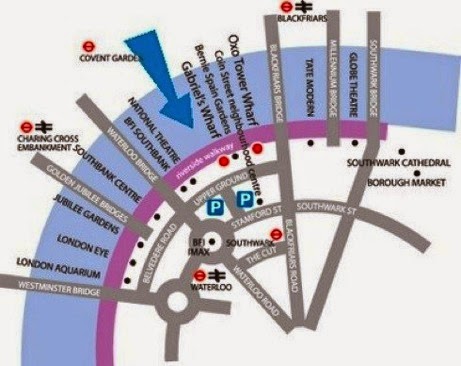